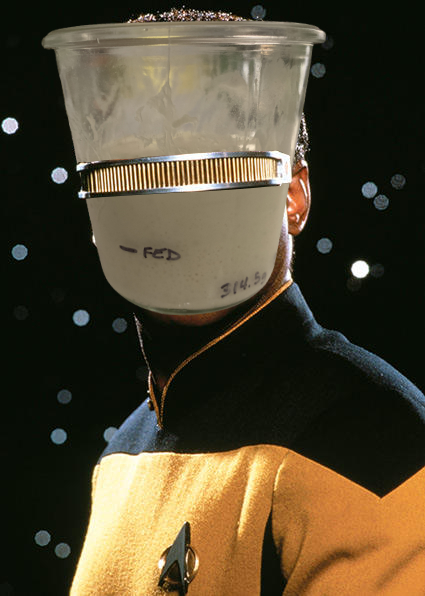 Welcome to your sourdough starter, Levain Burton Jr. Levain was originally grown in January 2018 using rye flour and water and fed with all-purpose flour. Junior has been split from that culture.

You can use the starter to add tangy and sour flavours to your baking. Either use the starter on its own to create a “true sourdough” or add yeast to help boost the dough. We often use the words levain or starter to mean the same thing: the continuously fed jar of yeast and bacteria used in baking.

The starter has to be regularly fed in order to keep the yeast and bacteria alive. You can either keep the starter on the countertop if you’re regularly baking, or in the fridge, pulling it out ahead of a planned bake. The key thing is just being as consistent as it makes sense for you.

Keeping the starter on the countertop#

If you keep the starter on the counter, it will need to be fed around twice a day. Keeping the starter at room temperature creates the best environment for the yeast and bacteria, but will slowly use up your flour supply. Feedings are best done when the starter has reached and held a peak height. It’s ok if it’s starting to sink a little. This happens faster in summer and a little slower in winter, but an active levain could be fed every 6-8 hours.

Step 1: Stir the starter well and discard all but 50g. You can keep less, but track of this quantity, as you’ll use that amount instead of the suggested amounts below.

Tip: it’s helpful to know the weight of your empty jar, or you could tare your scale and work backwards.

Step 2: Add 50g room-temperature water and 50g unbleached all-purpose flour to the starter. It’s easier to mix the starter with the water fully before adding the flour.

Step 3: Mix until smooth, and cover. You’re aiming for something resembling thick-ish pancake batter. Repeat every 12 hours approximately, or however long it takes the levain to reach its peak. It’s handy to mark that level on the jar, but that means the same size discard and feeding each time.

Keeping the Starter in the Fridge#

Daily feeding of the starter can be impractical with most schedules and ends up using a lot of flour. It’s usually easier to store the starter in the fridge and to feed it once a week or two (or three).

Step 1: Take the starter out of the fridge. There may be a bit of light amber or clear liquid on top. Stir it in, keeping the starter at a consistent hydration level.

Step 2: Remove all but 50g of starter. Use this “discard” to make pancakes, waffles, cake, pizza, flatbread, or another treat. It won’t have much leavening capability, but it can add flavour to other baked goods.

Step 4: If only doing this quick maintenance feed, allow the starter to rest at room temperature for 4 to 6 hours; this gives the yeast a chance to warm up and get feeding. After it shows signs of life, refrigerate before it reaches its peak.

If you’ve been maintaining your starter at room temperature: Depending on the amount of starter required for your recipe, you may need to increase the volume of starter. You can do this by feeding your starter without discarding; or by taking what you would discard and using that in a preferment called for by the recipe.

If your starter has been refrigerated: You’ll want to both increase its volume, and raise its activity to a more energetic level. You can do this by giving it a couple of feedings at room temperature with the same steps for room temperature maintenance. You’ll need to continue regular feedings as it reaches its peak until it’s getting there in 8-16 hours. That could be 1 to 3 rounds of feeding until it’s back to full strength.

Another great test beyond measuring time to reach peak is the “float test.” If a spoonful of the starter floats in a cup of water, it’s ready for a recipe or feeding.

What do I do with all this discard?#

It’s often easier to keep another jar of the discard in the fridge, to dispose of on green bin collection day. Fairly fresh levain discard can be used in baked goods for flavour, but the old stuff beyond a week or two in the fridge doesn’t have much use, as the bacteria continue producing sourness.

Of course, the fresh, strong discard is ready-to-use for sourdough baking.

Alternatively, you can use some of the fresh, full strength discard to create another starter in a second jar, and give it to a friend! Hi friend!